Welcome to the home of Keframa High School Pupil Sponsorship.

We hope you will find out more about the programme and the background to the sponsorship of the school.

Keframa High School was founded by two brothers, Augustine and Jimmy Francis and their father, Martin and you can find it in the village of Barr, about 15 km east of Lira in Northern Uganda.

This area of the country suffered significantly during the 25 year insurrection by the Lord's Resistance Army and has only been peaceful for about the last 10 years. The after effects are still there and Keframa High School gives a chance of a good education for the poor and needy children of the region. The pupils are mostly orphans or from very poor families and are usually recommended  by the local pastors in their village. The School is a secondary school and at present gives education up to O-level standard (similar to GCSE in the UK). There are plans to go to A-level in the future. 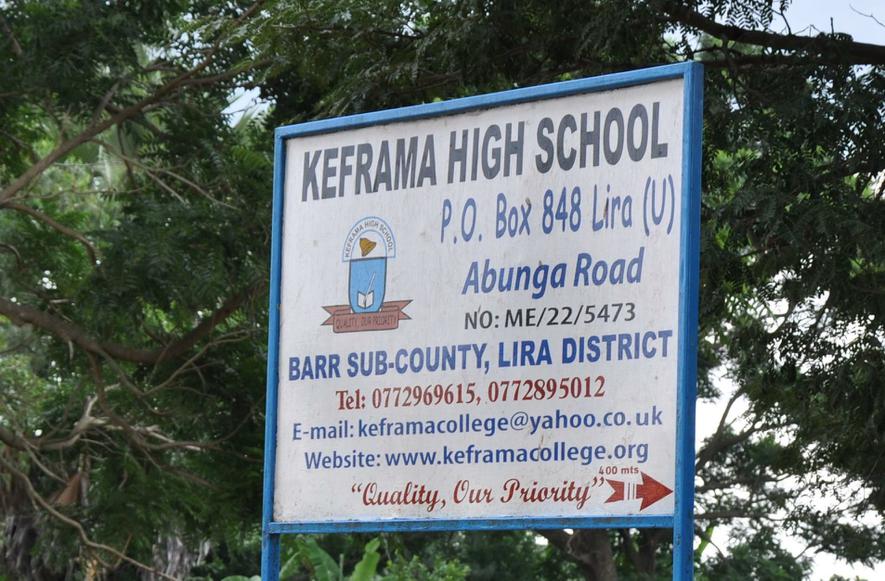 At the start the school was funded by the two brothers from their salaries, but soon that was not enough to pay the teachers a reasonable wage. It is a private school, not for profit, and the fees charged are low. The pupils all board and are expected to bring quantities of beans and maize with them. However in  the last two years the crops have been poor, mostly due to a changing climate, and many have not been able to bring even their food, far less their school fees.

Keframa has already gained a good reputation in the area because the students are well behaved and they have been performing well in their exams.

The facilities were really not adequate and it is a credit to the dedication of the staff that the pupils still manage to do well. In the last year the school has been refurbished to make the existing structures a lot better. The fundraising programme to raise enough money to build Keframa a new school has successfully opened the new school which is complete with laboratories and good sized classrooms and there is more information on this at www.keframaschoolbuild.co.uk  . However, there is a great need for ongoing funding of the running of the school and the sponsorship programme addresses this need. 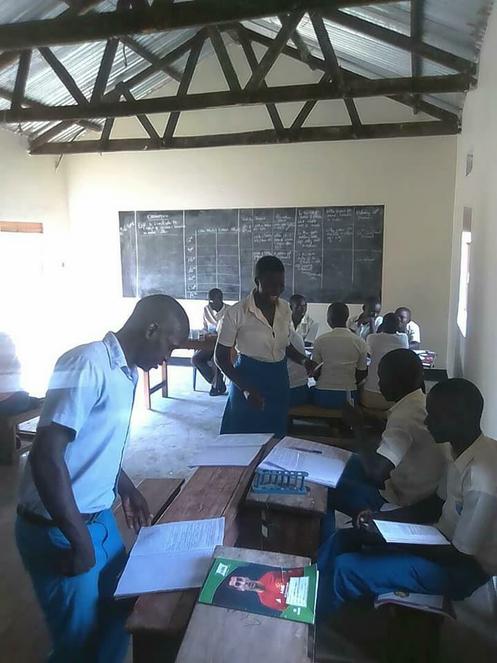 This is a classroom in the old school, the new ones are a big improvement on this.

We have set up the Sponsorship Programme so that some of the pupils can be assured of support throughout their time at the Keframa High School. We have set the monthly donation at £25 and this will provide enough money to pay the fees, the food and the books etc for one pupil. But more than that it will contribute to the salaries of the staff. So far we have about 30 pupils sponsored and this is providing almost half of the income of the school. If we had more pupils sponsored then the teachers would be more secure.

The sponsorship programme is contained within the Keframa School Build website, and now that has charity status we can claim GiftAid, which makes the donation worth and extra £6.25. Please download the form below and if you wish to set up the standing order through your bank rather than by internet banking also download the standing order mandate. You can also get more information from the sponsorship administrator  ianbairdsmith@gmail.com 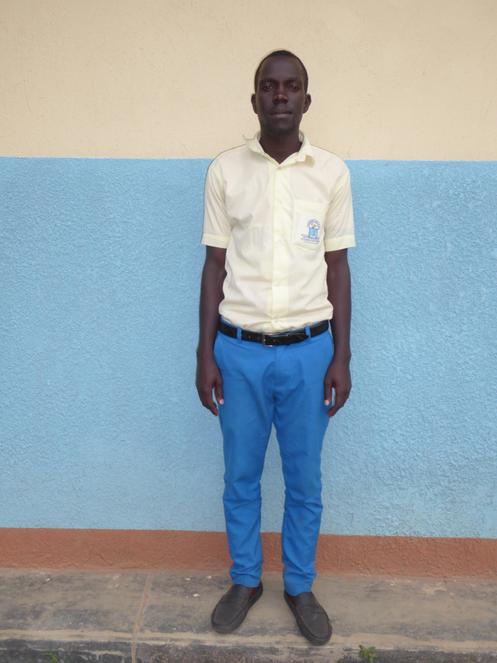 Peter* is a student at Keframa and when he was just 8 years old his parents were killed by the rebels of the Lord's Resistance Army, a particularly violent band of men who used murder, rape and recruitment of child soldiers to subdue the population. He missed several years of schooling at that time and eventually joined Keframa in the first class in 2017. As a result of all the disruption he is now aged 21. His uncle looks after him, but is often unable to provide any support and this term he was in hospital, which delayed Peter's return to school. Peter has been sponsored through this programme and is making good progress. He has a dream to become an engineer and by sponsoring him we are helping him to realise this dream.

In addition, the school as a whole benefits because the money paid by his sponsor is used to pay the teachers and they are regularly paid, which is a better situation than for teachers in the state schools, who sometimes don't get paid. This is a huge help to Keframa as they are able to keep good teachers.

* his name has been changed.

The Keframa School Build charity has raised sufficient funds to start the development of the new site in phase 1 of the programme. The new building started in september 2018 and the official opening by the Bishop of Lango was held on March 22 with 9 representatives of Keframa School Build present. It was an inspiring day and there were plenty of encouraging messages from the Ministry of Education as well as past students who are now studying to be doctors, engineers, Nurses and agriculuralists

This is the new teaching and administration block 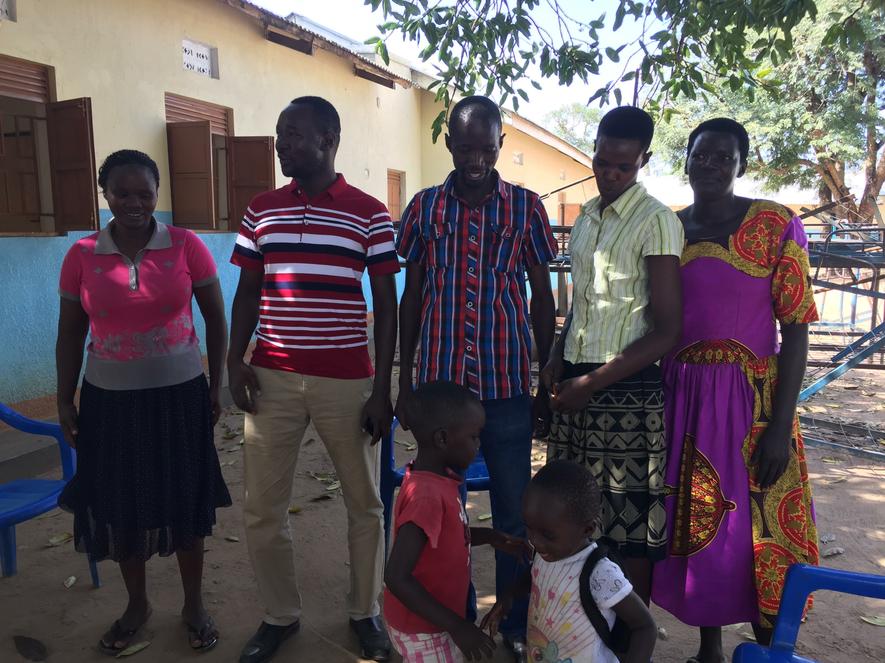 There is also a large kitchen equipped with good stoves to allow cooking in a safe smoke free environment as well as good quality latrine blocks to improve the hygiene for the students.

We now have 30 students sponsored and the income from this amounts to more than half of the school income. The remainder comes from the few students who are able to pay fees, which has become even more challenging as the harvests have continued to be poor as a result of the changing climate.

These are some of the school staff, outisde the old school, which is now being used as the dormitories.